TOP ATTRACTIONS TO VISIT IN LONDON 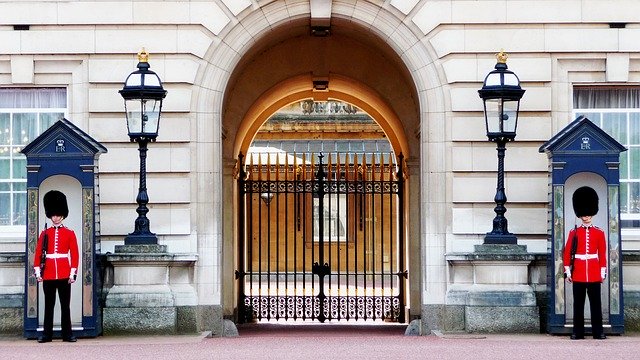 London is one of the top tourist destinations, and this comes as no surprise. Its more than twenty million annual visitors flock here in search of its many attractions. If you are in the mood to enjoy some vibrancy as you take a walk down memory lane, this is the place to be. From cathedrals to museums to beautiful works of nature, you will have numerous things to view. If you need some help deciding what you should set your eyes upon, here are some ideas:

Imagine this – a real-life palace in which royals live, it feels like something straight out of a fairy tale. But that is a reality for people living in London. This palace is worth about two million pounds and is quite a sight to behold, serving as one of the most iconic features in the city. The view is not all that it has to offer. The Changing of the Guard is one such event that displays the pomp and glamour that suits such an establishment. It takes place every day at 11:30 in the morning, season in season out. Here, you get to have a glimpse of precision marching and fantastic music from the band.
Here is a titbit when you visit the palace. If the flagpole on top of the building has a flying royal standard, the queen is inside the palace. And in some cases, she can stand at the central balcony where you can see her. If you want to see the palace’s interior, you can get tour tickets for when the queen is away. What do you think of that? Plus, you can have tea while there, which is in line with London customs.

The ancient world is the gift that keeps on giving, and in this museum, you get the rare chance to go back in time. With more than thirteen million artefacts from across the globe, you should learn a lot about Britain and the rest of the world. Some of the famous exhibits include the Egyptian mummies, the Elgin Marbles, and the Rosetta stone. There is a wide selection of books for avid readers, all of which feature titles that are sure to keep you hooked to the end. And people travelling with kids can enjoy the souvenirs and game options in the museum. It is an ‘everything under one roof’ kind of situation. If you feel hungry from making your way around the exhibits, you can ease your hunger pangs at the restaurant and café.
In this case, the serving titbit would be to come prepared to learn a lot about the world and Britain as a whole.

The above sights work great for someone looking to spend their time indoors. But what about those who wish to be in the open air? This park works great for them, spanning over 350 acres and providing tranquillity like you would not believe. You should note that most of London is parkland and you can always find a spot where you can relax. Hyde Park is one of these areas which has been in existence for centuries on end, with its use dating back to the seventeenth century. It features a human-made lake where you can boat and swim.
Titbit – this park has accessibility such that you can get to other attractions with ease. These include the London Zoo, Regent’s Park, and Westminster.

This cathedral is one of the most breath-taking of its kind across the globe. It sits atop the site of a Roman Temple and has quite a history to it. The structure that stood in its place way back when got razed down during the Great Fire in the seventeenth century. The present building features a 365-foot dome with twin towers complementing its spectacular build.
Titbit – while you are here, you should visit the Whispering Gallery, which is sure to leave you feeling intrigued.

The Tower of London

Most historical buildings have amazing stories behind them, and such is the case with this tower built in the eleventh century. It stands tall with quite an exciting tale to it. It served as a private zoo and has also been a prison and a palace, among other roles. This iconic world heritage site offers you the chance to delve into the country’s unique history. You also get to see the Tower Bridge, whose towers rise two hundred feet above the River Thames. The latter is another landmark which makes for scenic tours through the city.
A titbit when touring the tower – get your tickets in advance. That allows you to save time and money and also avoid the crowds. Most people head here in the summer, which is another factor to consider when planning your trip.
These are but a scratch on the surface of the attractions you should visit while you are in London. They serve as a roadmap to many other sites that would serve your visit. Enjoy!